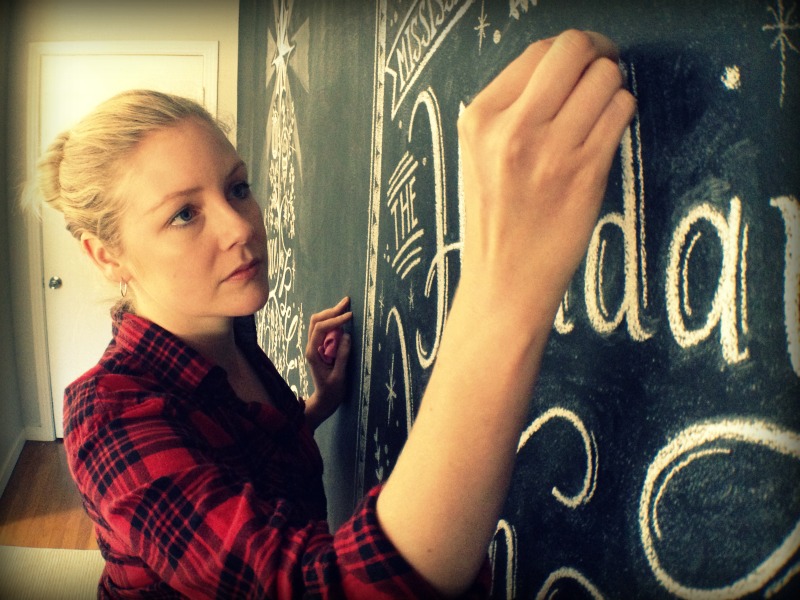 Bonnie Dickerson knows she can always count on her friend, Gil Sans. At 88 years old, Gil is reliable and timeless.

“To me, fonts are these cool people you want to hang out with. Thirsty is a popular font right now. It’s like the cool kids’ font; but, maybe in a year, it will be Scriptina,” says Bonnie. “There are kind of these loner ones that you don’t want to hang out with, and there are the classic ones, like the friend who will always be there. Like Gil Sans.”

Only a hand-lettering chalk artist could have such a personal relationship with fonts, and Bonnie is exactly that.

She lives and works in Jackson, Mississippi, finding inspiration in old books and old signage and making up new fonts as she needs. Some of her work can be seen displayed on the menu boards at Fondren Public, Saltine Oyster Bar, The Manship, and Feathered Cow; on the cover of Mississippi Magazine’s 2014 Unwrapped Gift Guide; and, most recently, at the 4th Annual Backyard BBQ Invitational in Fondren.

Here's a final look at the chalkboard wall for #backyardbbq2014 it was a great day with amazing food, and nice folks #fondren #mississippi #chalkboard #chalk #chalkart #chalklettering

“[Hand-lettering chalk design] brings kind of a custom element to an event and location,” says Bonnie. “It’s not something that’s easily bought or picked out. It’s something that’s more thought out or planned. It’s a one-of-kind kind of thing.”

Bonnie approaches each piece as a way to express more than just what the letters in the chalked words spell.

“It’s important to get a message across; but, I think of it as art,” she says. “It’s all about being able to place the fonts with the personalities and reading more into the situation and the people. Sometimes I’ll see somebody and know what the font will look like, like having a sixth sense of being able to visualize that right font with the situation.”

Growing up in Gulfport, Mississippi, Bonnie was the precocious middle child who would sneak into classrooms as a kid to play with the chalkboard. “I was always drawing and liked colors.”

By the time she reached Gulfport High School, she was enrolled in private art classes and was receiving encouragement from her art teacher and mentor, Joyce King, to enter competitions and portfolio reviews. Her hard work earned her an art scholarship to Mississippi State University, where she graduated with a degree in graphic design in 2004.

But, it was a continuing-education class in calligraphy offered by Millsaps College years after Bonnie had moved to Jackson that would spark her work with hand-lettering.

In late 2012, Bonnie put that calligraphy to good use. Her friend and local photographer Beth Morgan was getting married and asked Bonnie to create the wedding signage. Bonnie created a menu sign and a slightly irreverent photo booth sign reading, “What would Madonna do, y’all?”

“And then it just snowballed from there,” says Bonnie, who quickly became known as “chalk girl.” 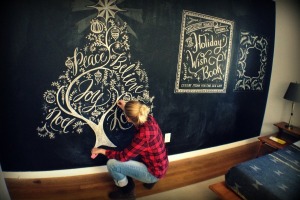 Today, chalk girl has an entire wall of her bedroom acting as a ceiling-to-floor chalkboard, and she fills the space with design after design as she draws and creates then erases and starts the process all over again.

She readily admits that the art form of font design and hand-lettering is trending right now and may not be around for long. She also is not remotely bothered by the fleeting nature of the medium.

The impermanence of what she creates is actually what she loves most about her dust-covered masterpieces. They make a difference in the world, if only for a short time.

And, really, isn’t that the way most wonderful things are in life?