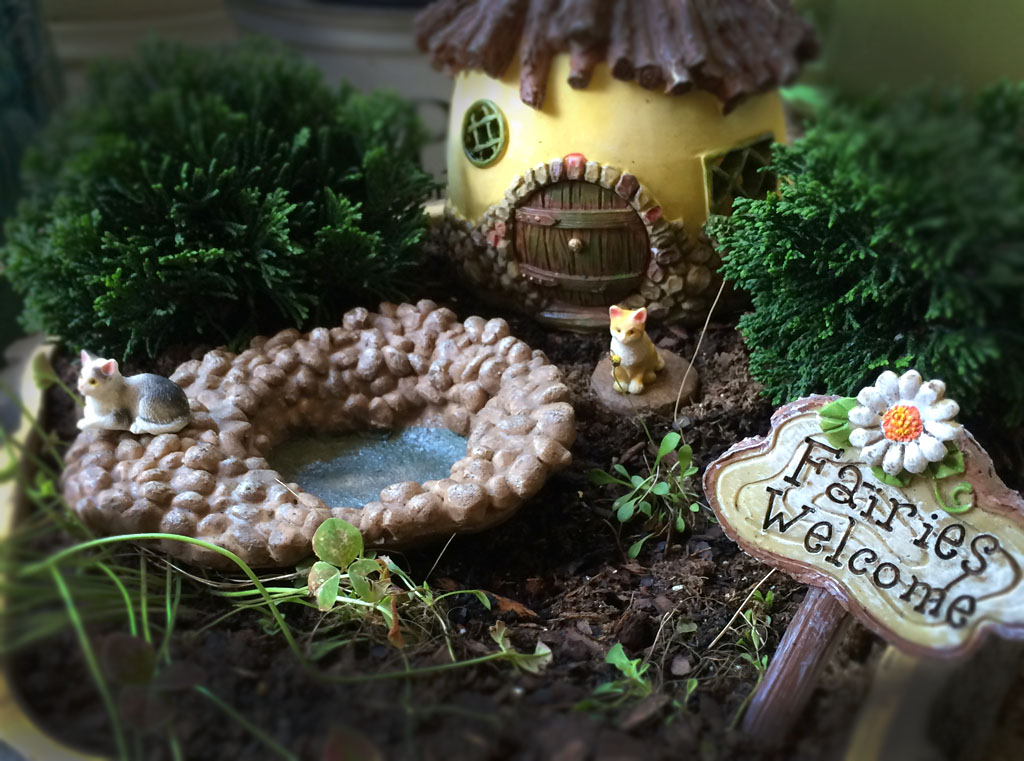 Keeping watch over the front yard of a fairy bungalow are likenesses of Tango and Tazmo, who, in real life, belong to fairy gardener Linda Wolverton of Clinton, MS.

Gardener moves her work from the yard to the front porch

Linda Wolverton can move mountains with tweezers and dig oceans with a red plastic spoon from Dairy Queen.

And she can do it all from the comfort of her front porch.

An accountant with the state of Mississippi, Linda began creating fairy gardens after discovering the hobby at the Buds & Blooms Nursery exhibit at the Jackson Garden and Patio Show in the spring of 2014. These miniature masterpieces are a form of container gardening that use ornamental plants and scaled props to create tiny vignettes that are perfect for the neighborhood pixie, elf, or fairy. 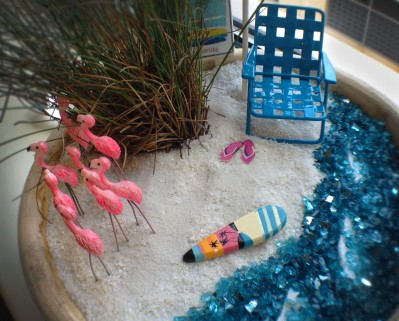 It’s the little details that make Linda’s miniature scenes come to life. For this scene, the blue fescue grass gives the perfect impression of sea oats; white landscaping rocks make the perfect wave crests; and a tiny pair of flip-flops give a sense that they are waiting for their owner to come back from a swim.

For years, Linda has pursued traditional gardening in her Clinton, MS, yard; but, hot Southern temperatures and the passing of time finally drove her to find a new canvas.

“I’m a gardener, but it’s so hot, and I’ve gotten older and lazier, and this is something new. It’s my version of a new flower bed, without the labor of digging,” Linda says. “I’ve gardened out in my yard and had maxed that out. I’ve graduated to the next level of gardening.” 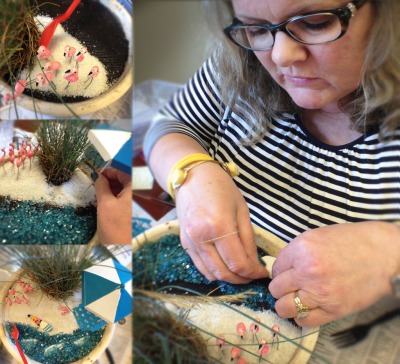 Materials for Linda’s creations can take weeks to compile but the garden itself can actually only take about an hour to construct.

Calling herself “more of a creator than a maintainer,” Linda gardens from the shade of her porch, often with help from her cat, Little Bit, “because it’s always nice to have a second opinion,” she says.

Building landscapes ranging from the old West to the far East, Linda’s creativity has led to a porch full of places of fancy and whimsy that were inspired by items found both in nature and from the store. For example, her fairy garden scene of an ancient Asian temple was not only inspired by a piece of driftwood that resembled mountain monasteries but also by a small plastic replica of an Asian archway found on the fish tank isle of the local PetSmart.

“I’m an accountant, so that’s very technical work. You don’t want a creative accountant; so, I have to express creativity in another way,” Linda says. “I’ve always been creative, but I just realized it was important to me. Creativity is fun. It fulfills me. It entertains me, and then the end result is that I created something pleasing to me.” 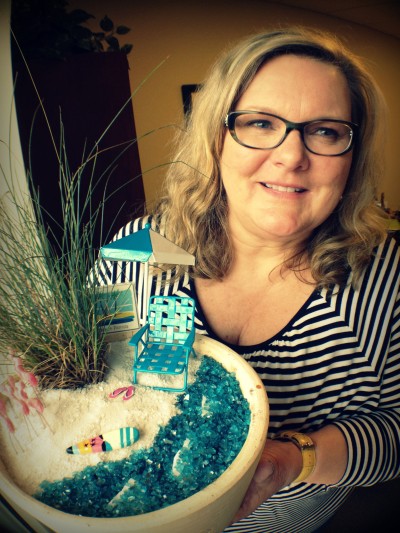 With a penchant for lounge chairs and umbrellas, Linda captures in her fairy-garden scenes places she would like to be.

With the precision one would expect from an accountant, Linda spends a lot of time planning and compiling items for her creations, sometimes taking upwards of two weeks to prepare to make one garden. Actually making each garden only takes about an hour, though she works meticulously on each construction, even going so far as to use tweezers to pick extraneous granules of dirt from the designs. She also researches the areas she creates so each replication will be as authentic as possible. In the beach scene photographed at right, the flock of flamingos had to be facing away from the shoreline, as Linda’s research had revealed that their habitat was more in line with inland saline estuaries and lagoons rather than the beach front.

Having primarily gardened only outdoors until this year, Linda is learning more about indoor plants and how to combine various plants in one container so that each receives its needed light and water for a working ecosystem. And while she does make decisions on plant color and style to match the theme of each garden, she’s also learning how to balance her designs to mimic nature’s propensity for asymmetry.

On average, each garden has cost Linda about $40 to make, but she said that the cost can be less and is really only determined by the creator’s imagination and vision. “I like to see beauty and color and replicate what I see. I have a particular style,” she says. “I want [each garden] to look a certain way. I want it to be something that no one else has. You can always buy something that’s already complete; but, I want the fun and the experience of making it.”

Linda plans to, eventually, move the containers from her porch to her yard for more permanent displays. But for now she’s content with the worlds she has created to live on her front porch, and she sees no end to her design ideas for new vignettes, including her soon-to-be-built fairy garden snow ski scene.

Until then, she can easily envision herself on the beach in Florida or at a backyard fairy BBQ in middle America or outside a woodland cottage in a medieval forest or even atop a mountain monastery in China by just simply stepping onto her porch and watering her plants. 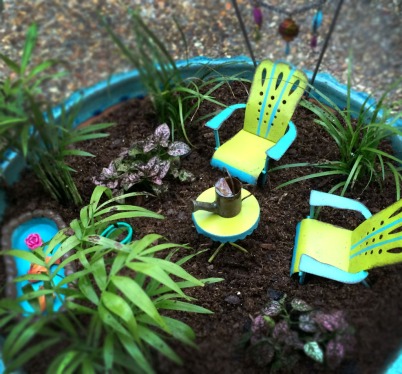 Fairy Garden for the Garden Lover 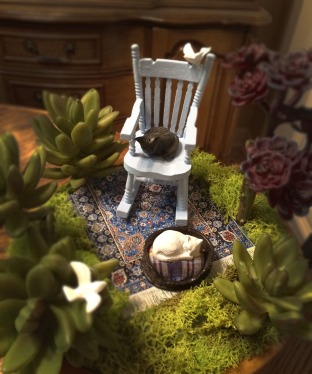 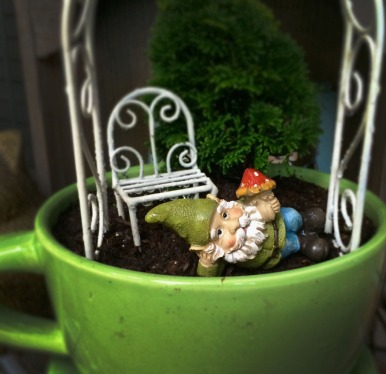 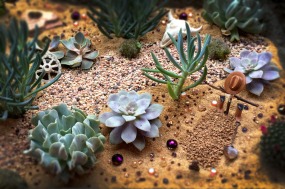 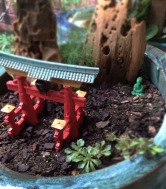 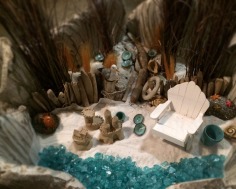 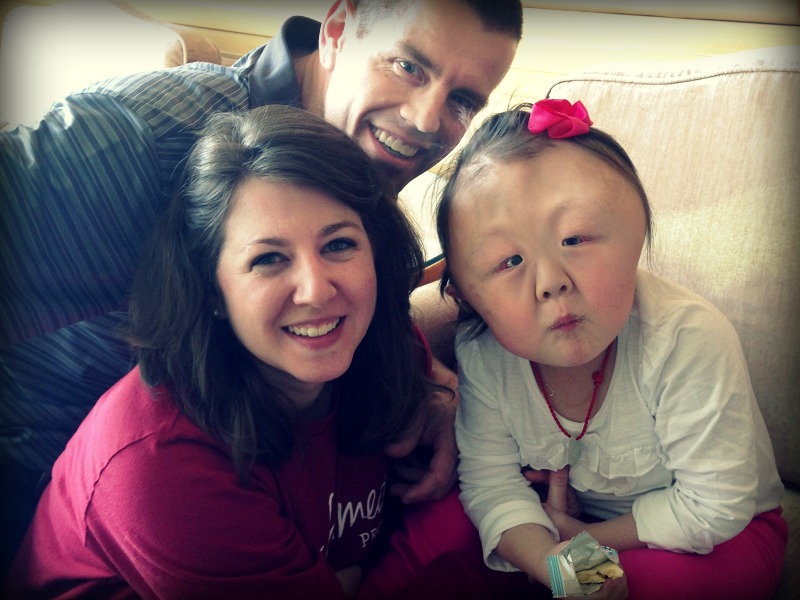 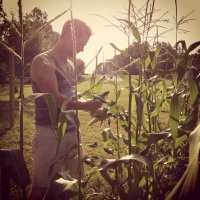 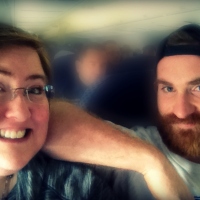 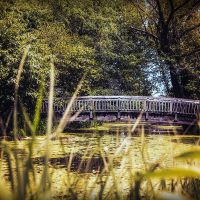 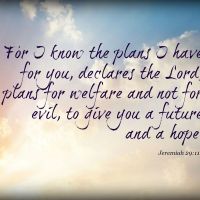 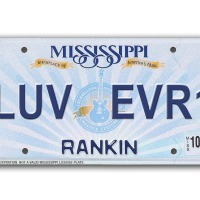 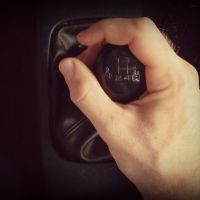