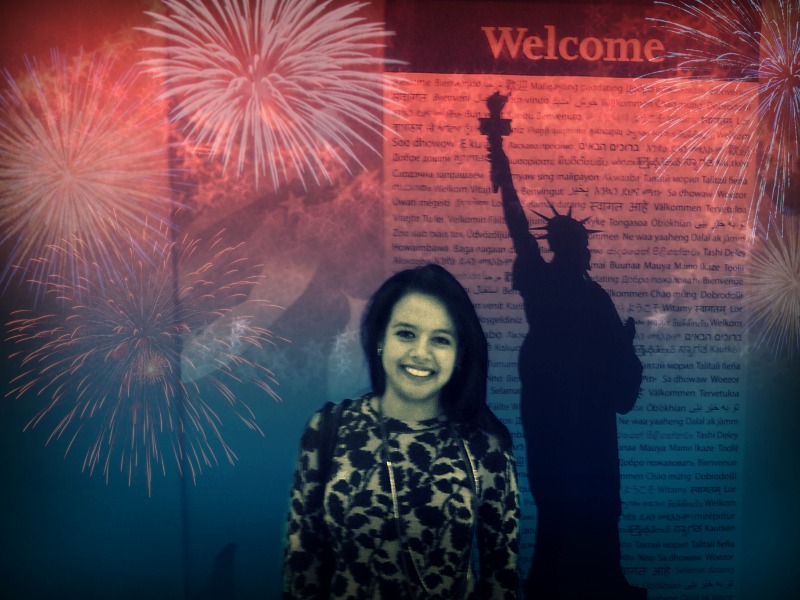 This Fourth of July I was able to reflect on what it felt like to celebrate the holiday for the first time as a U.S. citizen. Certainly, it is a good feeling. This is now my country, and that’s enough reason to celebrate!

My journey began about eight years ago. I came to the U.S. as part of a cultural exchange program, and then love played a big part in my decision to make a life for myself here.

Paula earned her certificate of citizenship in January 2015.

Adapting wasn’t easy. I missed my family terribly. I also missed gatherings with friends. And what can I say about how bad one can miss the food?!

But, I started working and going to school in Mississippi and was so busy for so long that, the next time I checked, this place did not feel foreign anymore.

Now this was home, which did not mean that my home country of Guatemala had ceased to be that to me as well.

But my life had become richer by living here, just as it did for all those whose original home was not the U.S. but who built a life in this wonderful country.

And, in return for the richness they have received, these individuals have helped make this country even richer with their presence, just as all those who were born and raised here and as their ancestors before them who came to the U.S. at some point during the last 500 years.

Since coming to the U.S., I have had such great opportunities to get to know many special people with all sorts of different backgrounds. These people have shared their stories with me and, most importantly, have extended their friendship to me.

I met and became close with a sweet lady from Greek descent, who made delicious Kourambiedes (Greek cookies) and would tell me stories about her dad growing up in Greece.

She married a man from Irish descent, who had many stories to tell as well…like when he was deployed during WWII and what life was like growing up during the Great Depression.

I also have a friend who loves to tell stories related to his Norwegian and Polish descent, such as the role that the Polish hussar army played in warding off the Ottomans from taking over Europe in the 17th century.

And I cannot leave out all of my Latin friends, who, not unlike me, brought all of their culture and personalities with them and have come to love this country because it has allowed them to pursue their dreams and have fuller lives, even though they are far away from their birth home. 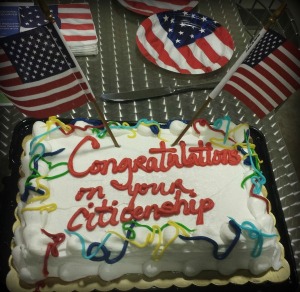 The cake from Paula’s co-workers after she became a citizen of the U.S.

The truth is that the Mississippi heat, which almost made me pass out during my first summer in Jackson back in 2008, feels more like a very warm embrace nowadays (unless, of course, I have to do work outside or, God forbid, try to jog during the summer). I remember to order unsweet tea, instead of water. And, just like anybody else in this beautiful state, I look forward to the winter during the summer and to the summer during the winter. I, too, check the forecast every morning, because you never know what kind of weather a new day might bring in Mississippi.

So, for me, the Fourth of July means so much more this year, as I welcome the day as a citizen.

It means that I now have an obligation and a right to contribute, not only my taxes like I did before but also my ideas and convictions. Because now this is my country as well, and, where I have two countries that I call home—Guatemala and the U.S.—my children will only have one—the U.S.

I want them to learn from me what I learned from all the special people I have met in this country I love. And that lesson is this: Through our personalities and diverse cultural backgrounds, we all contribute, in even the smallest of ways, to making this great country what it is today.