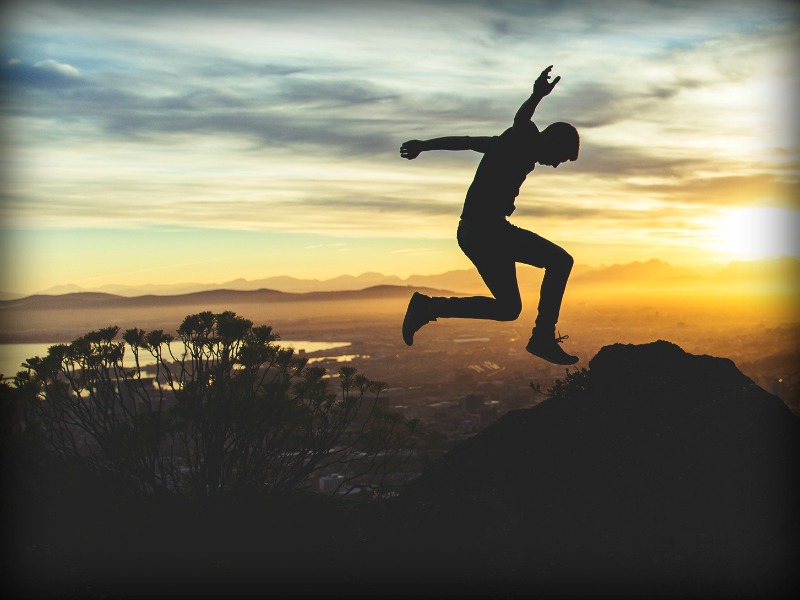 A Journey of a Hindu to a Christian

PREFACE
This is written to honor the all-knowing God—the creator of the universe.

He created everything with an intentional fortitude. We can see it all around us. Everything has a created purpose. Our universe has intricacies that cannot be denied, all of which point to a Living and Almighty God.

If God puts such care into the creation of these plants, how much more wonderful is the creation of humans. It is amazing to see our body work, even in the most difficult places and climates. God made us able to think and able to create science, art, medicine, technology, etc. He made us with such love, compassion, and care.

His created evidence is all around us, we just have to take a little time to watch, listen, and see it through His eyes. Then we will truly be moved to worship and glorify Him.

This immense evidence is what started me on my search for the One True God.

BACKGROUND
How God created this world with so many different peoples is amazing. The uniqueness of His creation is breathtaking.

My family came from the mysterious country of India, a large culture with a long history and more than a billion people. Specifically, my family came from southeast state of Tamil Nadu, which has influenced history for a thousand years.

I was born in 1960s Singapore into a traditional Hindu family that belonged to the Chettiar caste. Although more prevalent then than today, India is divided into a caste system, which is basically a division of labor where one is expected to do a particular task. There are five major castes in our system—priests, warriors and rulers, traders and merchants, workers, and untouchables. I was born into the merchant caste; we were the money lenders and bankers.

I was not born poor, but I was not born wealthy either. Nevertheless, I was comfortable and everything was provided, as long as my father agreed to pay for it.

The caste system was, and still is, very rigid. We are not allowed to intermarry into other caste systems. I was betrothed at a young age. I remember my family showed me whom I should marry when I was around 5 or 6 years old. I peered inside a crib and looked at a little baby girl.

I was young and agreed.

As a child, I followed my parents—I did what they did.

CHILDHOOD
I grew up as a normal child, except for the fact that I did not speak until I was 3 years old. I am not sure why; I guess I decided I had nothing to say. According to my mother, I first decided to speak at the very moment a Hindu God’s procession was going on outside.

I had a younger brother and two older sisters, one of whom died three days after I was born. I think that was hard for my mother.

My childhood was uneventful. I went to school and played a lot, as most children do. When I came home, I spent much time with my brother and sister, playing all sorts of games in the house and in our big yard.

I remember being very curious about the world.

I was also curious about why Hindus had so many gods and why there were so many different religions.

MY SEARCH BEGINS
I was 9 years old when I became very curious about religion. I was excited to learn about Hinduism, especially after watching religious Hindu movies.

Being born in Singapore, I was exposed to many different religions.

My mom would bring us to Catholic churches, Buddhist temples, etc. I started asking questions about which God or gods were true and which religion was the correct religion.

I had begun my religious quest.

I would ask my friends about what they believed in and why, though most were not able to give me satisfactory answers.

At the age of 16, I began to question if God even existed. I remember putting my fist up in the air, denying Him. I was getting angrier.

One day, while watching a science program called Cosmos, I was truly intrigued. The show was hosted by Carl Sagan, the leading atheist in America. He convinced me that God did not exist and only science mattered. Starting then, I rejected all religions and even mocked my religious friends, calling them fools.

But there was a problem. Deep in my soul I knew God was real. I could not shake that impression. That made me even more mad and angry.

During my teenage years in the 1980s, I began to realize there were many countries possessing nuclear weapons that could destroy the world. I would see American aircraft carriers and Russian ships coming into port, and that left an impression on me.

I felt there was no hope and got depressed, but was still determined that I should get what I want in my life. I did not care about other people’s lives, only my own.

The threat of complete annihilation led me to read more about the end of the world.

A friend introduced me to the prophecies of Nostradamus, and I began to read more about him. I bought many books and read his quatrains over and over again.

One day I bought a book that included prophecies from around the world, including Hindu, Buddhist, Christian, and Muslim prophecies. Throughout the book, the author kept stating that we need to believe in the Gospels.

I did not know what that meant.

With the little faith I had in God, I asked Him to show me this “Gospels.” At that moment, God caused me to remember that I had a small, red book at home.

MY SEARCH ENDS
Three years earlier, two businessmen spoke at my school. At the end of their presentation, they had handed out small, red books. The book was free, so I took it and flipped through some of the pages; then, threw it in the corner of my room.

When I asked God to show me the Gospels, He caused me to remember that I should look for this book. When I found it, I flipped through the pages and saw the word “Gospels.” I was astounded. It was a Gideon Bible.

We had half-day school from 7:30 a.m. to 12 p.m. I usually came back from school and studied, but on this occasion I began to read the Gideon Bible.

The first book I went looking for was the book of Revelation. It caught my attention, and I was intrigued.

I began to read other books—including the Gospels—and was moved. I was enthralled as I read what the apostles were saying about Jesus.

I also was glued to the words of Jesus.

I finished all of the New Testament, parts of Psalms, and Proverbs in a few weeks, and, while I was reading, I could actually sense a different spirit around me. It was weird for me, but I knew I had come across something that was new to me and that I must continue reading.

After finishing the New Testament, I knew I had to either accept Jesus or reject Him.

I cannot remember if I fell on my knees or was on my bed, nevertheless I accepted Jesus. The moment I did that, the spirit that was outside rushed into me. My eyes were open. I knew at that moment what was good and what was evil.

My anger was lifted, and I had incredible peace.

The next three months or so led me on an amazing journey. I remember sitting on my chair and sensing that I was being lifted. I remember riding my bicycle with a big smile that everyone noticed. I also felt the sensation of being lifted into the air, just like the movie ET.

I kept reading the Bible. I could not tell anyone that I had become a Christian, since that was forbidden. I was the eldest son and, as such, was supposed to carry on the name of the family. I had to keep the honor of the family. Therefore, the only church I had was my Bible, me, and Jesus.

But God kept building me up.

After graduating from high school, I had to serve two and half years in the armed forces. I keep reading my Bible and all my platoon-mates noticed what was happening.

There were a few fellow Christians who tried to get me to hang out with them; but I refused and spent my free time reading the Bible.

As I prepared to go to college, I prayed for God’s guidance about school, and He led me to Embry-Riddle University in Daytona Beach, Florida, where I began my studies and where I found my first church home, First Baptist Church of Daytona Beach. Even though I wanted to play tennis on Sunday morning, I was diligent about attending, and I, eventually, made the decision to acknowledge Jesus and be baptized.

EPILOGUE
I have been a Disciple of Jesus since then. I have gone through seminary and been called to be a bi-vocational minister.

It has been an incredible journey with Jesus. He has revealed a peace, love, and compassion that I could not fathom without Him.